To design the visual part for the official program, installations in the entrance lobby and the concert part of the event on a tight deadline of 2.5 weeks 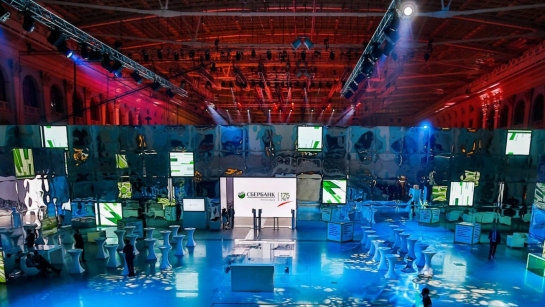 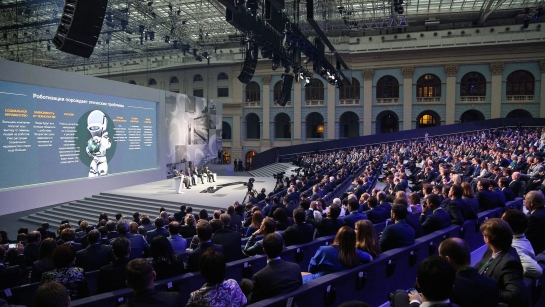 Special anniversary event commemorating Sberbank’s 175th anniversary took place at Gostiny Dvor, and was timed to coincide with international conference entitled Forward to the Future: Russia’s Role and Place. The event was attended by Russia’s President Vladimir Putin, ministers and members of the government, chairman of Sberbank’s board German Gref and other officials.

Working in partnership with companies TMA-Draft and Plan A, our company was responsible for the event’s visual part. We were tasked with creating video content for the official program, installations in the entrance lobby, and the event’s concert part, which included performances by Denis Matsuev, Joe Lynn Turner (Rainbow, Deep Purple) with a symphony orchestra and Perpetuum Jazzile.