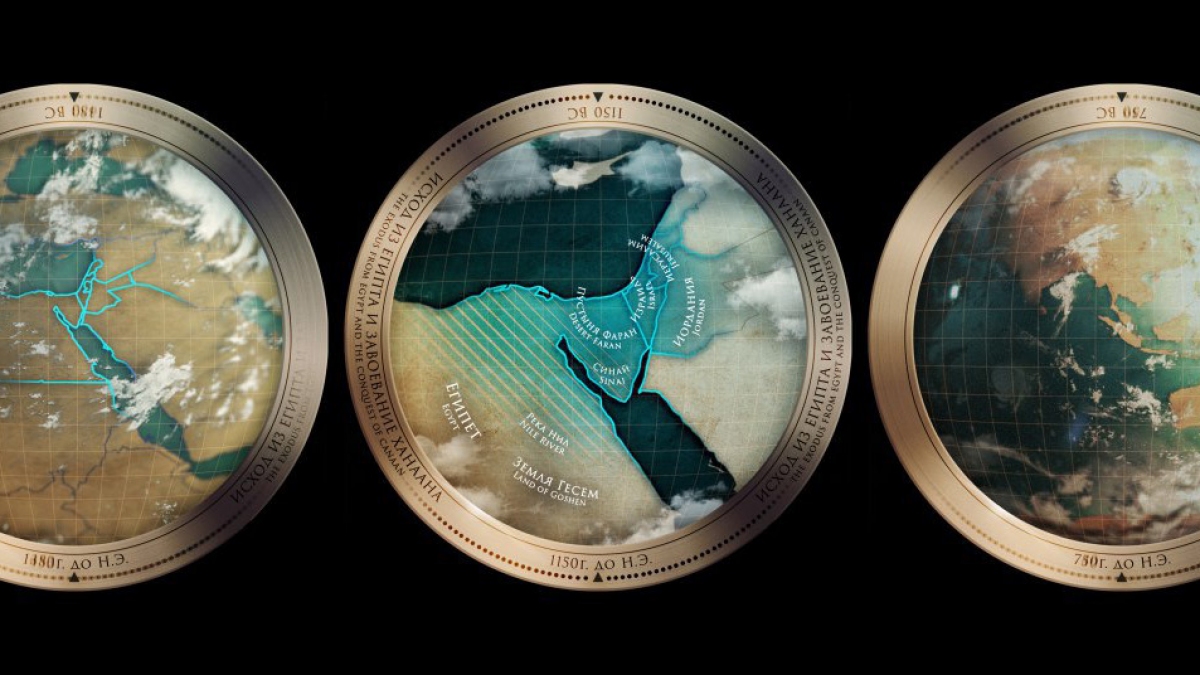 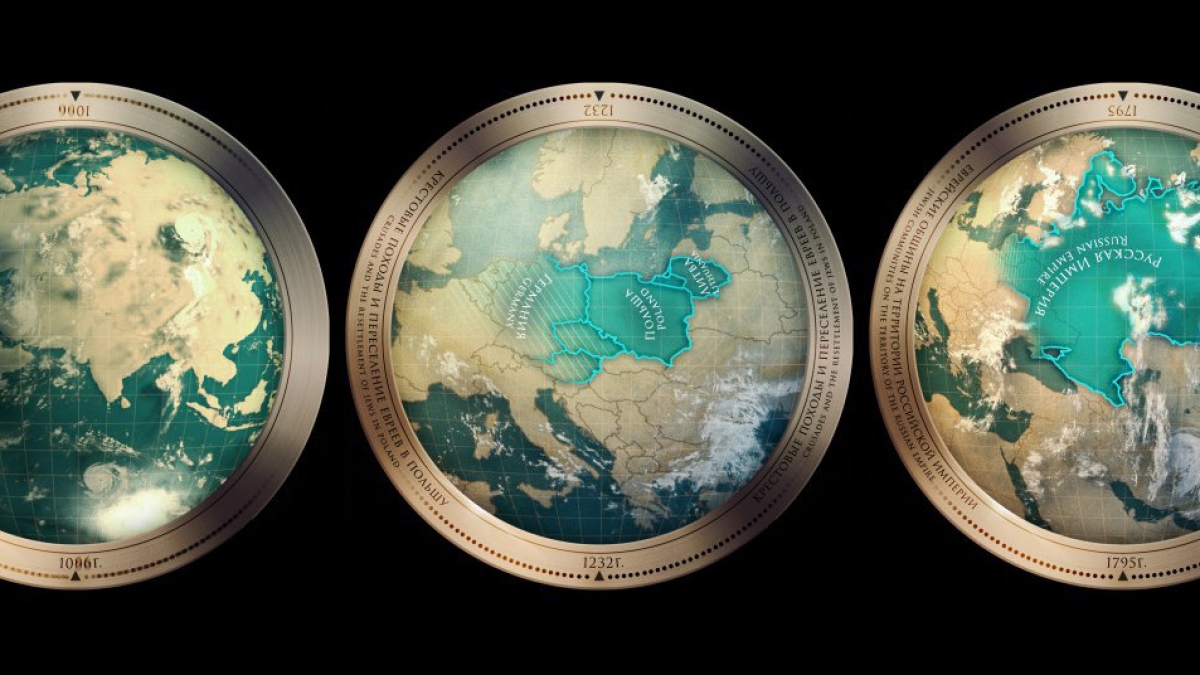 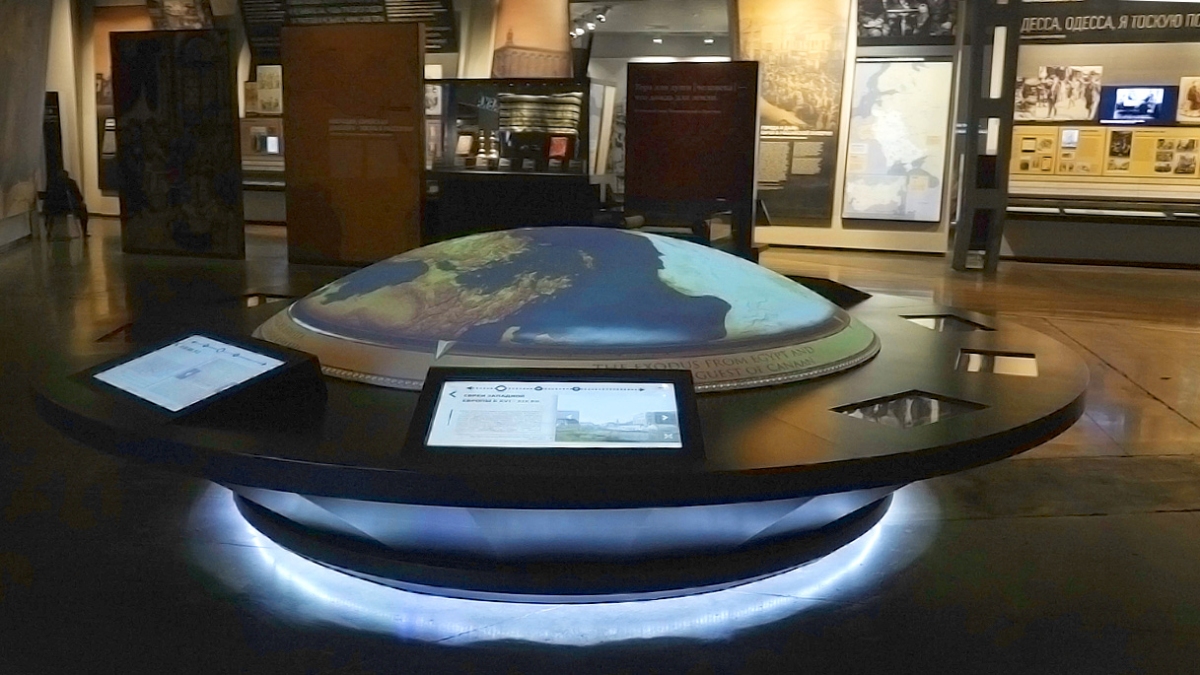 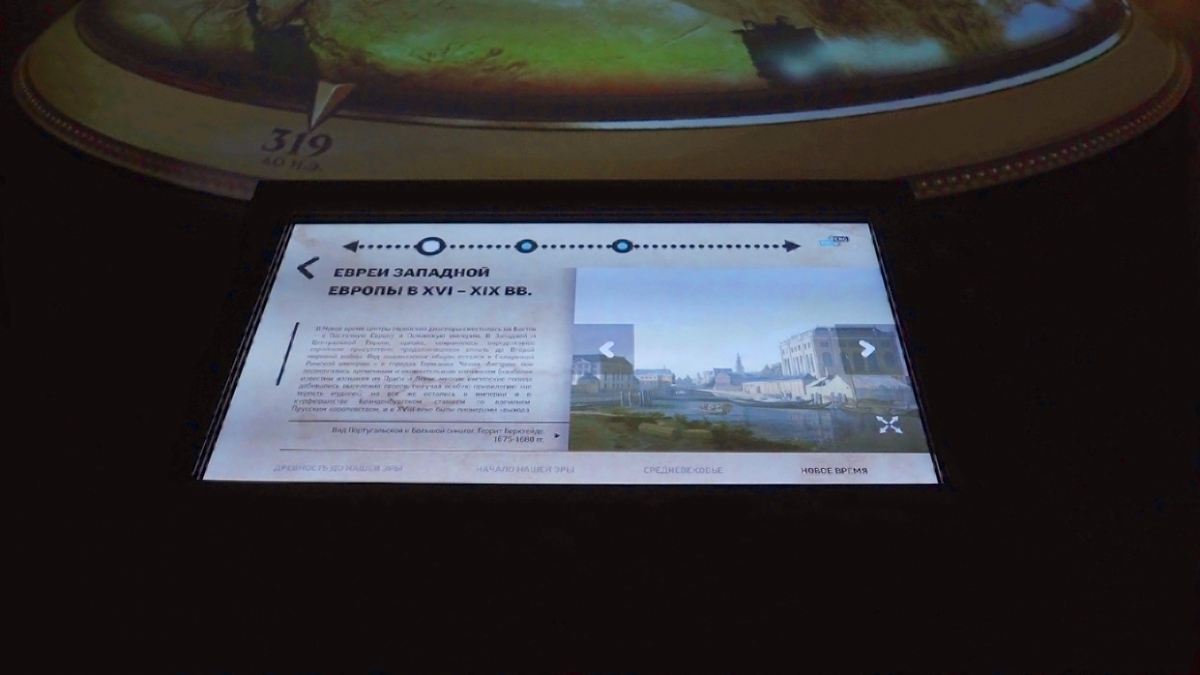 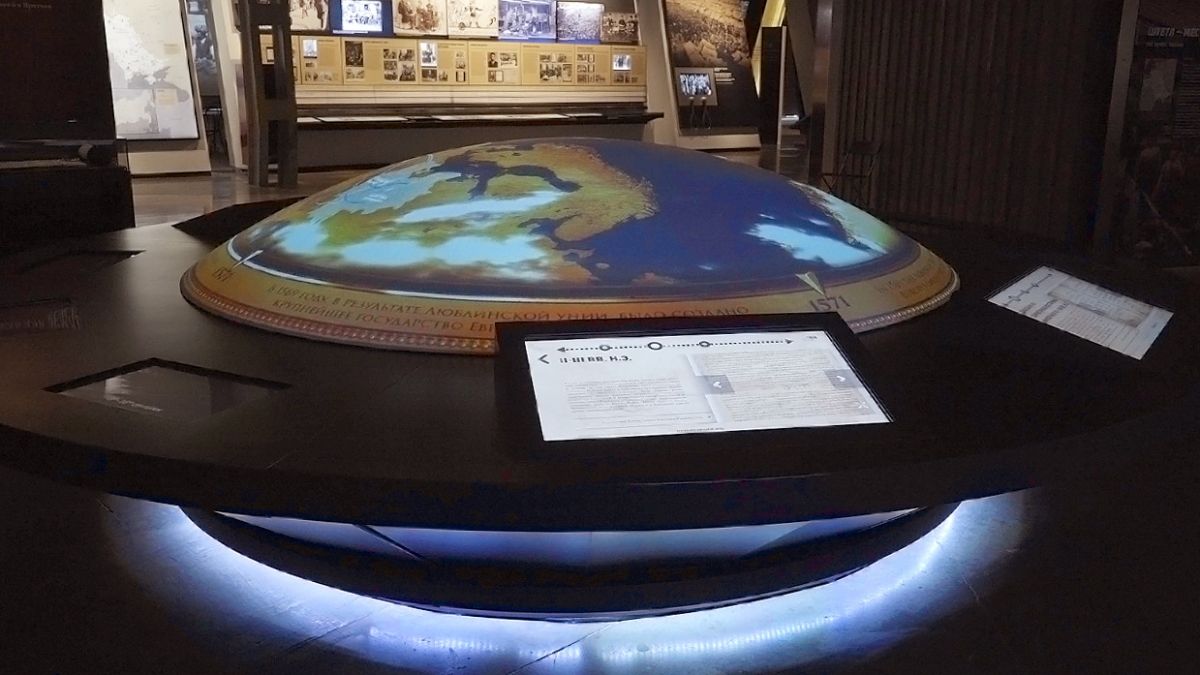 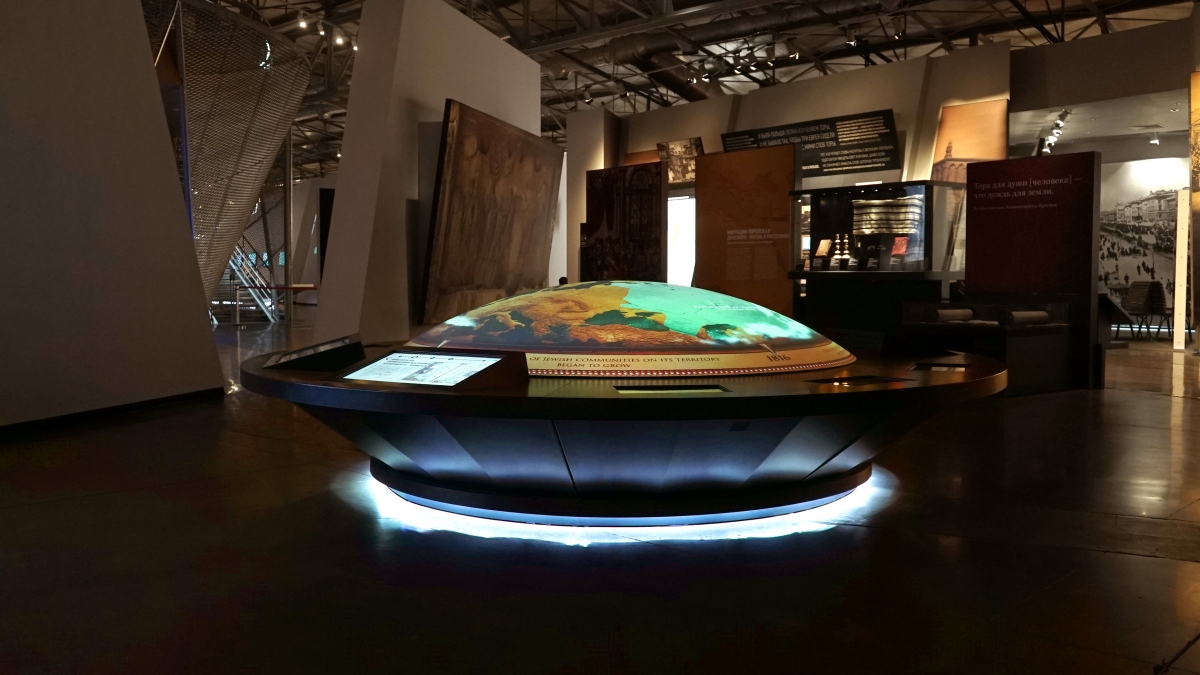 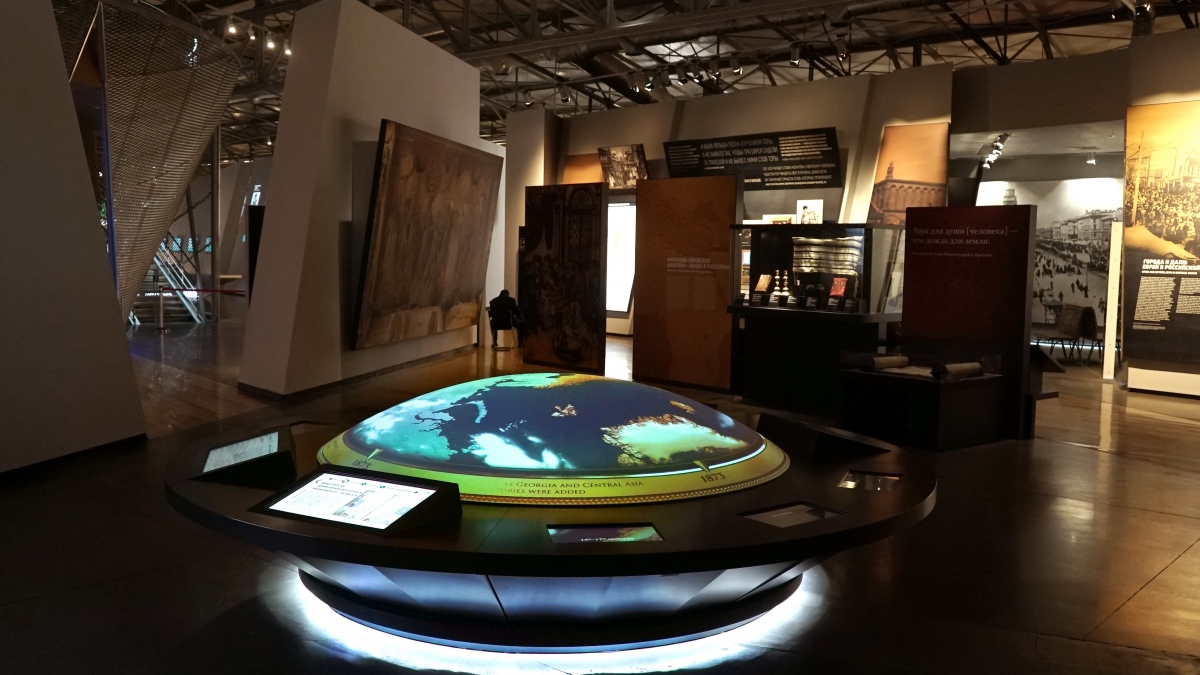 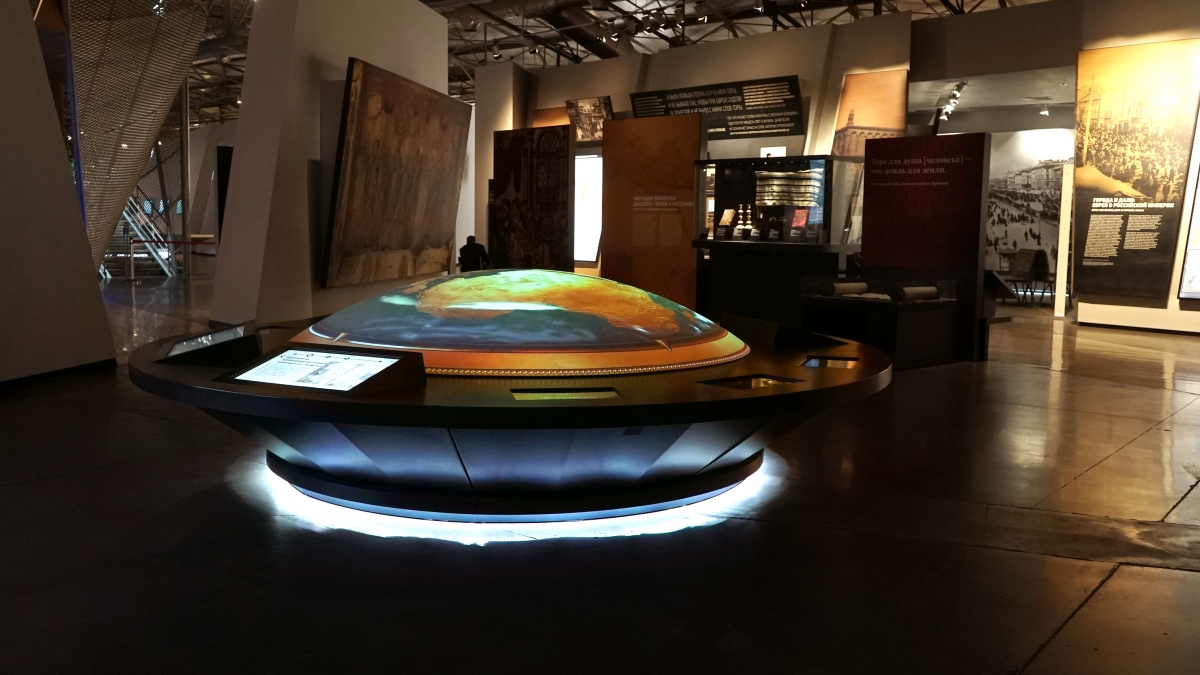 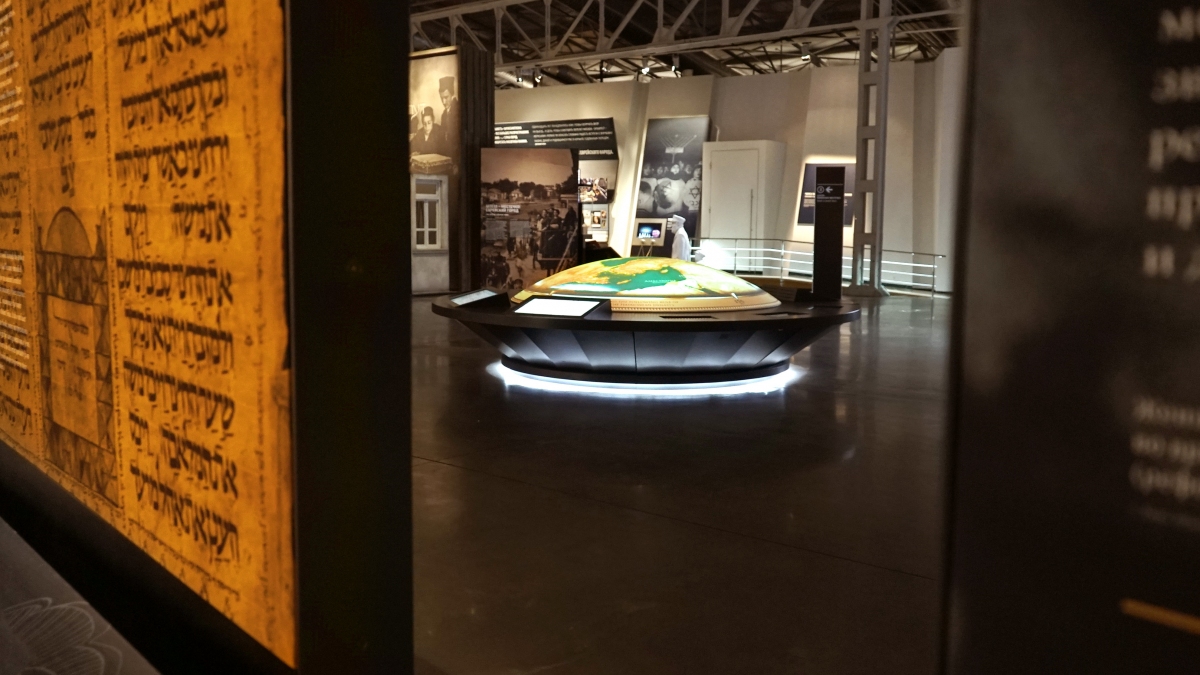 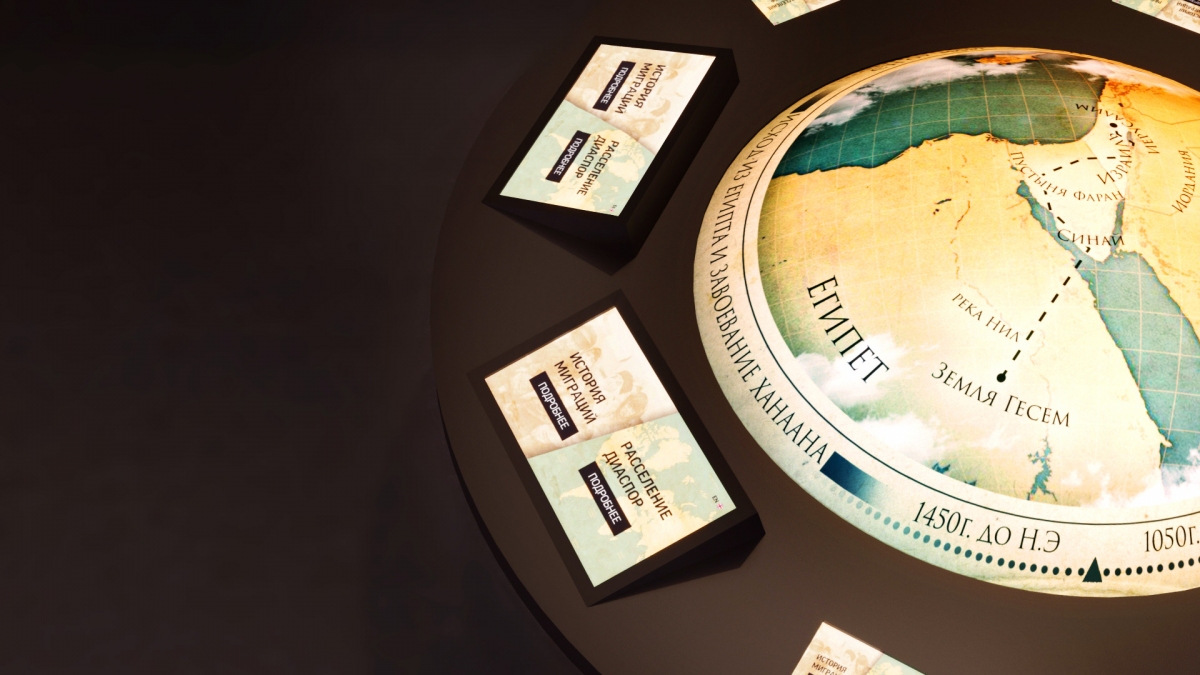 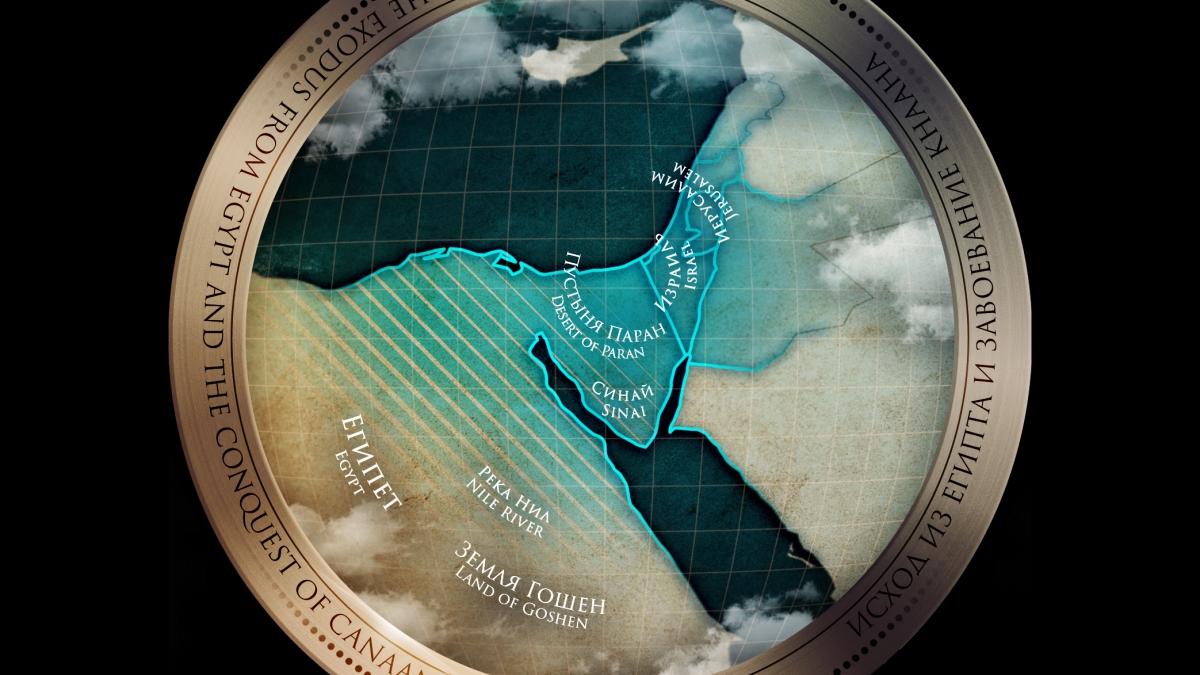 To modernize the existing installation from the technological and content point of view, and to update the explanatory content of the information stands.

The Jewish Museum commissioned us to promptly modernize the existing installation in terms of its equipment, completeness of information and content. The task called for making the updated version more entertaining, in order to attract the visitors’ attention to the installation that lacked in popularity. The technical solution also had to integrate the equipment that was already purchased by the Museum.

To solve this task, we suggested augmenting the existing setup with a large projection surface in the form of a hemisphere, which ideally suited the installation’s theme. Following that, we wrote a script based on historical data on migrations, and began to create the content. The video projected onto the hemisphere is played in a loop, and presents a stylized map of the world in the form of a revolving globe with migration routes and territories of the diaspora.

Information on the screen is amplified with the audio narrative. All around the hemisphere, monitors are integrated into the table. The interactive monitors with multitouch screens offer visitors detailed illustrations and texts that supplement the projected content.